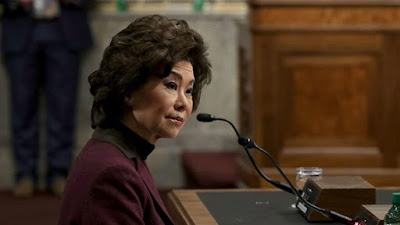 
The US Senate has overwhelmingly confirmed Elaine Chao to be the new US transportation secretary.

By a 93-6 vote, the Senate confirmed President Donald Trump’s choice to run the Department of Transportation (DOT). Chao, who was formerly the labor secretary in President George W. Bush’s administration from 2001-2009 and the deputy transportation secretary from 1989-1991, is expected to play a key role in Trump’s plan to invest in US infrastructure.

In a Jan. 11 confirmation hearing, during which she was praised by both Republicans and Democrats, Chao said more resources were needed to “repair and grow our infrastructure,” including aviation infrastructure. She said she would pursue “innovative financing tools, such as public-private partnerships,” to help finance projects.

Airlines for America (A4A) president and CEO Nicholas Calio said Chao “understands well the critical role commercial aviation plays as a driver of economic growth and jobs across the country and throughout the world.”

Sen. Bill Nelson (D-Florida), who voted in favor of Chao’s confirmation, said on the Senate floor prior to the Jan. 31 vote that he had talked with Chao Jan. 30 regarding the issues at US airports over the weekend brought about by Trump’s executive order barring nationals from seven countries from entering the US. Nelson said Chao told him she had not been consulted by the White House before the executive order was issued or over the weekend as airports and airlines tried to make sense of the resulting confusion.


(Aaron Karp - ATWOnline News)
Posted by Michael Carter at 11:47 AM