Lufthansa does not need more VLAs 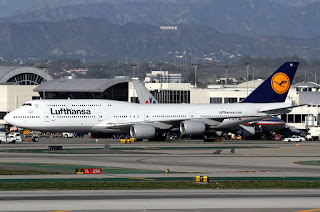 Lufthansa said its 33 very large aircraft (VLA)—the Airbus A380 and Boeing-747-8I—is a good number for the company but does not expect to add more, Lufthansa Group chairman & CEO Carsten Spohr told ATW in Warsaw.

Lufthansa will continue to operate several 747-400s in a two-class configuration into the next decade. Spohr said he is satisfied with the performance of the 747-8 and A380 aircraft.

“Of course [operating VLAs] limits your network in a certain degree because you need airports that are equipped for them, but the reliability is just as high as other widebodies in our fleet,” he said.

Lufthansa plans to add Mumbai to its Airbus A380 network, in addition to its Delhi A380 operation, as soon as it receives approval from Indian authorities.