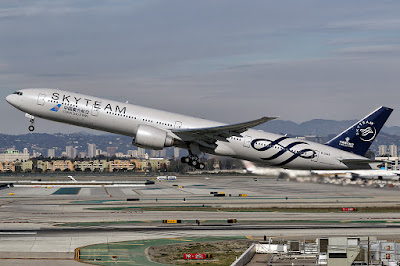 China Southern Airlines announced on November 15, 2018, that it would leave SkyTeam alliance. The Chinese airline decided not to renew its contract with the alliance to align with “the company’s development strategy”.

This decision will come into effect on January 1, 2019. Both SkyTeam and China Southern Airlines declared they would ensure a “seamless transition for all customers and partners”.

As for the reasons behind the decision to leave, there are China Southern’s “strategic development, the changing trends of the global aviation industry and the evolution of alliances,” according to SkyTeam. "The airline puts it even more bluntly: besides strategic development needs, it wants to “better align with the new trend of cooperation model in the global aviation industry”.

A move that SkyTeam say they understand. "We recognize that the airline industry has matured since China Southern joined SkyTeam in 2007, especially in China," said a spokesperson of the alliance to AeroTime. "Against that background, China Southern is evaluating its strategic opportunities."

The carrier said it would now seek partnership with “advanced airlines” outside the alliance.

Now, the chinese carrier is reportedly considering joining Oneworld alliance, but “has not yet made a decision” according to a source cited by Reuters. If it was to do so, China Southern would become the first Chinese airline to be part of Oneworld. For its part, SkyTeam still includes Xiamen Airlines and China Eastern Airlines.

(Clément Charpentreau - AeroTime News)
Posted by Michael Carter at 11:16 AM