American to Retire 45 Boeing 737s in Next Two Years 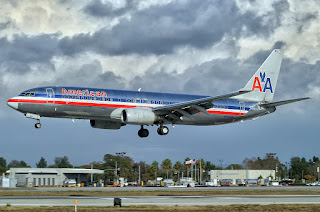 American Airlines Group Inc. plans to retire 45 of its oldest Boeing 737 jets over the next two years as part of an overhaul that will reduce the age of its workhorse narrow-body fleet.

The Fort Worth, Texas, carrier plans to withdraw 12 of the aircraft next year and 33 in 2020, or about three a month. American’s oldest 737-800s are almost 19 years old, although recent deliveries have reduced the group’s average age to 8.1 years, according to the airline’s annual report. American had 304 of the Boeing model at the end of last year, making up nearly one-third of its main jet fleet.

“It’s strictly an age-based retirement at this point,” American spokesman Josh Freed said Thursday. “We have some that we took back in 1999.” Older planes tend to require more maintenance than newer models.

Between the end of this year and the end of 2020, American plans to add 50 Airbus A321neo jets and 40 Boeing 737 Max aircraft, according to a regulatory filing.

The changes are part of American’s broader effort to offset deliveries of new planes with retirements to hold its mainline fleet at around 950, although the figure is set to drop to 935 in 2020. The carrier has received 469 new planes since it merged with US Airways at the end of 2013. It has retired the same number, lowering its average fleet age to 10 from 13.

By the end of next year, American will shed the last of its aging MD-80s, which have an average age of 21.3 years. The carrier previously had as many as 375 of the planes, which once made up the majority of its fleet.