JetBlue Is Cutting Its Losses in Long Beach, California 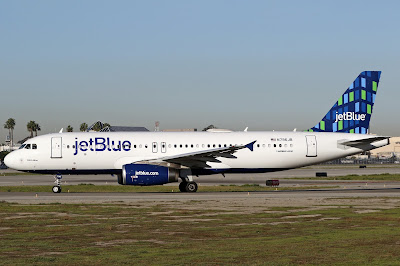 For years, jetBlue Airways has vacillated in its commitment to Long Beach, California: its smallest focus city. jetBlue began building a mini-hub in Long Beach in late 2001, just a year and a half after it started service. However, while it has tried a number of strategies there, none have been terribly successful in recent years.

As a result, jetBlue recently decided to implement big cutbacks in Long Beach. This fall, it will eliminate about a third of its flights at Long Beach Airport. The carrier plans to redeploy this capacity to more profitable opportunities, mainly in the transcontinental market.

A turbulent history in Long Beach

From 2001 to 2009, jetBlue used Long Beach Airport as a low-cost alternative to the crowded Los Angeles International Airport, which is less than 20 miles away. At one point, it offered eight daily roundtrips to New York. It also operated several other long-haul flights from Long Beach at various times.

Around 2006, with high oil prices pressuring the profitability of its transcontinental flights from Long Beach, jetBlue began to shift its focus to short-haul routes. However, these routes weren't much more successful, due in part to the growing presence of other low-cost carriers -- particularly Virgin America -- in the Los Angeles area.

As of 2016, jetBlue was only using about two-thirds of its 32 slot pairs in Long Beach. Nevertheless, when more slots became available that year, jetBlue tried to get as many as possible. (It was assigned another three.) The carrier used this opportunity to add extra flights on several routes from Long Beach, largely to prevent Southwest Airlines from taking over its slots and adding competing service.

Since jetBlue expanded its Long Beach schedule in 2016, it has offered ample short-haul service, including four daily roundtrips to each of the three Bay Area airports and up to six daily roundtrips to Las Vegas. Part of the goal was to increase jetBlue's appeal to business travelers.

However, jetBlue clearly didn't plan to maintain its entire short-haul schedule in Long Beach forever. The carrier lobbied aggressively for several years to have a customs facility added, to enable international flights from Long Beach Airport. In this sense, some of its flights were placeholders to ensure that it didn't lose any slots. Unfortunately, the Long Beach city council voted in early 2017 against pursuing a customs facility at the airport, nixing this long-term plan.

Furthermore, competition in the California short-haul market has been brutal lately. Southwest Airlines in particular has aggressively added flights to protect its market share in California. This includes six daily intra-California flights from Long Beach: four to Oakland and two to Sacramento.

JetBlue hinted during its earnings call on Tuesday that big changes were coming to its West Coast route network. Sure enough, on Wednesday, it announced a slew of new routes -- along with big cuts to its Long Beach flight schedule that will go into effect after Labor Day.

The net result is that jetBlue will operate up to 23 daily flights in Long Beach going forward, which is roughly where it was before its 2016 expansion. Southwest Airlines is likely to seize this opportunity to gain additional slots in Long Beach and expand its offerings there.

Cutting back in the short-haul market from Long Beach makes sense. Fares are extremely low on these routes, mainly due to competition between Southwest Airlines, Alaska Air, and the three legacy carriers. jetBlue will use the capacity freed up from its Long Beach cutbacks to add a variety of additional long-haul flights from the Los Angeles area in September.

Additional new service will start in December. jetBlue will add a second daily flight between New York and Salt Lake City. It will also begin seasonal service to two ski destinations: Steamboat Springs, Colorado and Bozeman, Montana. jetBlue will fly twice a week from Long Beach to Bozeman. In Steamboat Springs, it will offer two weekly flights from Long Beach, two weekly flights from Boston, and one weekly flight from Fort Lauderdale. Lastly, jetBlue will add frequencies on its seasonal New York-Palm Springs route this fall.

These route network changes are likely to pay off for jetBlue in 2019. The carrier has a strong presence in New York and Boston and a loyal customer base there. Centering more flights on those key focus cities should improve jetBlue's profitability.