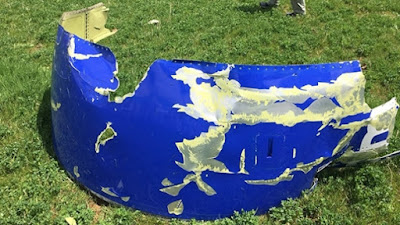 FAA will issue an airworthiness directive (AD) in the next two weeks requiring inspections of certain CFM56-7B turbofan engines, the US agency announced one day after the Southwest Airlines Boeing 737-700 engine failure.

“The directive will require an ultrasonic inspection of fan blades when they reach a certain number of takeoffs and landings. Any blades that fail the inspection will have to be replaced,” FAA said in a statement released on the evening of April 18.

Southwest flight 1380, a 737 with 144 passengers and five crew aboard, made an emergency landing at Philadelphia International Airport on April 17 after experiencing an apparent left-engine explosion. One passenger died in the incident.

US National Transportation Safety Board (NTSB) investigators responding to the Philadelphia airport immediately focused on a missing fan blade in the damaged engine. The number 13 fan blade—one of 24 titanium alloy fan blades—had broken at the point where it attached to the disk hub, where there was evidence of fatigue cracking.

At an April 18 briefing, NTSB chairman Robert Sumwalt said the fan blade separated in two places. “It also fractured roughly halfway through, but it appears the fatigue fracture was the initiating event that later caused that secondary failure,” he told reporters.

The engine cowling was found in Bernville, Pennsylvania, about 70 miles northwest of the airport. Air traffic control primary radar detected additional debris falling through the atmosphere, and additional pieces of engine cowling later were recovered.

An NTSB structures group documented further damage to the aircraft. “The leading edge of the left wing suffered damage. It’s banged up pretty good. We can see paint transfer,” Sumwalt said. Analysis of the window frame vicinity at Row 14, where the fatally injured passenger was seated, “found no window materials—the acrylic that the windows are made of—inside the airplane.”

Asked if the engine failure was cause for concern about the reliability of the overall fleet of 737NG-series airliners powered by CFM56 engines, Sumwalt said: “We are very concerned about this particular event. Engine failures like this should not occur, obviously. To be able to extrapolate that to the entire 737 fleet, I will say that if we feel this is a deeper issue we have the capability to issue urgent safety recommendations. I will say that the CFM56 engine is a very widely used engine and it’s got a great record, generally speaking.”

While Sumwalt has said that it is too early to make a direct comparison, the incident was reminiscent of the uncontained engine failure on a Southwest 737-700 on Aug. 27, 2016, that forced pilots to divert to Pensacola International Airport, Florida, during a flight from New Orleans to Orlando. In that case, the NTSB found that one fan blade had separated from the fan disk because of fatigue cracking. Debris from the CFM56-7B engine inlet damaged the aircraft’s fuselage, wing and empennage.

As a result of the 2016 incident, engine manufacturer CFM International, a GE Aviation/Safran Aircraft Engines joint venture, had issued guidance as recently as June 2017 providing instructions for ultrasonic inspection of certain high-time fan blades in the engine type, which powers 737NGs.

Last August, FAA released a proposed AD that would require engines with more than 15,000 cycles-in-service since their last engine shop visit to undergo ultrasonic inspection of certain fan blades within six months of the rule’s effective date. The European Aviation Safety Agency (EASA) issued a comparable AD in March that became effective April 2. It requires ultrasonic inspection of each affected fan blade within nine months.

The CFM56-7B engine type entered service in 1997 and powers 6,700 aircraft worldwide. FAA issued a certificate of registration in 2000 to the Southwest 737 that experienced the latest inflight engine failure.

After the April 17 engine failure, Southwest said it will accelerate ultrasonic inspections of CFM56 engine fan blades “out of an abundance of caution,” a process it expected will take 30 days.