These seats are the worst innovation airlines have come up with, and I spent 15 hours suffering in them 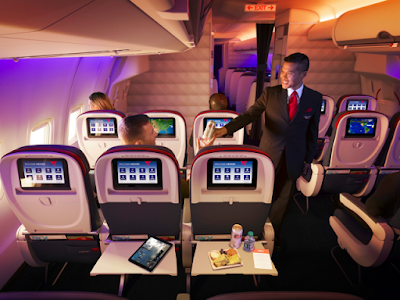 As the US airline industry work to improve their product offerings while, at the same time, meeting investors' need for improved profitability, new airplane interiors have been a go-to solution.

Unfortunately for consumers, the slimline seating that adorn most of these new interiors is one of the new "it" things the industry has been in love with for the past couple of years.

And just about every major airline in the US is guilty of it as they have become the status quo in new economy cabins.

Even though I'm quite familiar with the perils of the slimline seat through my travels between cities on the East Coast of the United States, I did not fully comprehend the level of sheer discomfort this contraption is capable of causing until a few weeks ago.

Last month, I made my way across the Pacific to visit family in China.

I even took precautions to make the 15-hour-long flight more comfortable by upgrading my ticket to Delta's Comfort Plus cabin.

For a couple of hundreds bucks on top of a discount economy fare, Comfort Plus delivers nicer seats and more recline — good!

Getting to board the plane before the masses invade the boarding area makes it even better. And the readily available complimentary booze only manages to sweeten the pot even more.

And then there's the extra legroom — all four inches of it. Although that may not seem like much, it makes a world of difference when you're hurtling through the air in a pressurized metal tube at 550 mph.

On one of my flights, I had the bulkhead seat on a Boeing 747-400 jumbo. This gave me enough room to stand up and do jumping jacks in front of my seat had I felt the calling to do so.

(Obviously, I didn't or else you would have heard about it on the evening news weeks ago.)

For Delta, Comfort Plus is the airline's better-than-regular-economy offering that was launched several years back and for the most part, it's pretty darn good for the money.

(Delta's full-on international premium economy cabin called "Delta Premium" will roll out next fall on their new Airbus A350 fleet.)

However, Comfort Plus' many amenities couldn't save me from the horrendously uncomfortable slimline seats Delta installed in its last round of cabin refurbishments.

After a while, even the my marathon of James Bond's greatest adventures couldn't save me from the pain and, then, numbness brought on by this seat. I did, from time-to-time, get up and walk around the cabin to get the blood flowing, but that didn't last very long. I eventually had to go back to my seat, and the discomfort began again.

To be fair, neither the airlines nor the aircraft manufacturers make the seats. Instead, they are purchased from third party vendors such as Recaro, B/E Aerospace, and Zodiac who have decades worth of experience building world-class seats. 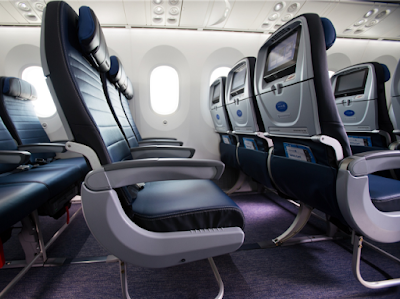 In addition, the slimline seat is a great idea on spec. Its lower weight and thin design deliver the same amount of "seat" for the traveler while also taking up less space and weight on the aircraft. The thinner seats free up room that allow the airline to advertise the availability of extra legroom to customers, while opening up space to add an extra row of revenue generating seats. (This makes investors happy.)

Furthermore, the leatherette upholstery and stitching on many of the seats give the cabin a more premium feel and are presumably more hygienic for customers.

However, the thin dimensions of the seat that make it light and space-friendly on-board an aircraft — where these two things are worth their weight in gold — also means less padding. Even worse, what padding there is on the seat is hard with little give. As a result, the seats make it feel like you are sitting on them, rather than in them. While the older generation seats were far from plus couches, they were much better bolstered.

This may not be a major issue on a shot hop between Atlanta and Charlotte, but on a 15-hour sojourn to the Far East, it's a big problem.

Sadly, the slimline seat isn't going away. It just makes too much sense for the airlines. However, we just hope that America's airlines and seat manufacturers figure out a way to make them a more palatable experience for their sources of revenue — the customer.