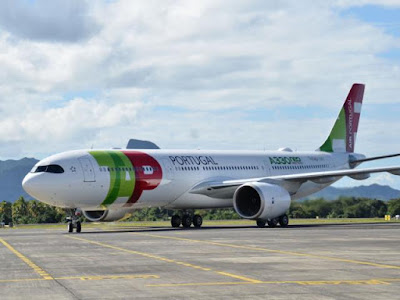 Airbus has struggled to find buyers for the next-generation variant of its workhorse A330 airliner.

TAP co-owner and JetBlue founder David Neeleman told Business Insider that the plane's price, performance, and cockpit commonality with other Airbus products sealed the deal for the A330neo.

The Airbus A330neo is Europe's answer to the Boeing 787 Dreamliner. Like the Dreamliner, it's a ready-made replacement for the aging Boeing 767 and older Airbus models likes the A330ceo and A340. But unlike the Boeing 787, the A330neo has not had the sales success of its US rival with just 224 orders on the books. In comparison, Boeing has taken nearly 1,400 orders for the Dreamliner.

Launched in 2014, the A330neo is a next-generation development of the airframer's long-time workhorse A330ceo wide-body twinjet. However, the A330neo has been beset by delays concerning its Rolls-Royce engines and overshadowed by its flashier carbon composite sibling, the A350XWB.

This fall, the Airbus A330-900neo is finally expected to enter service this fall with launch customer TAP Air Portugal.

So why has Portugal's national airline gone with the A330neo instead of the A350 or Boeing Dreamliner? 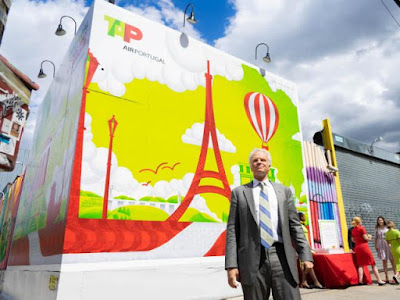 According to the TAP's co-owner and serial airline entrepreneur David Neeleman, it came down to the company's familiarity with Airbus, how well the A330neo fit with its route network, and finally price.

"We were already kind of with Airbus so it's harder to make the switch," the JetBlue founder told us in a recent interview.

TAP currently operates an all-Airbus fleet headlined by the A320 family and the A330ceo.

"Airbus is really good at cockpit commonality, so when we go to train a pilot between an A320 and an A330, it's a pretty easy step up," he added.

That effectively put the Boeing Dreamliner out of contention. But what about the A350?

Many of the A350's customers find the plane's nearly 10,000-mile range to be invaluable for ultra-long-haul routes connecting Asia with Europe and North America. However, TAP's route network is designed to connect Portugal with North America and the country's former colonies. For example, TAP's non-stop service between Lisbon, Portugal, and Sao Paulo, Brazil is one of the airline's bread and butter routes. It's also one of its longest routes at just over 10 hours while covering around 5,000 miles. Thus, the A330-900neo's 8,300 miles range will more than suffice.

And then there's the issue of money.

"We actually had an order for 12 A350s, but we needed more airplanes," Neeleman said.

According to Neeleman, the A330neo boasted all of the fuel-saving features of the A350, including next-generation engines, new avionics, and optimized aerodynamics, but comes at a much lower price.

"It kind of did everything we needed based on the money we had to spend so we ended up going with the A330neo," he said.

The A330neo has netted 224 orders from airlines around the world headlined by Malaysian low-cost carrier AirAsia X as its largest customer with 66 on order. The A330neo's only US airline customer is Delta with 25 orders on the books.

Earlier this year, American Airlines and Hawaiian Airlines both canceled Airbus orders in favor of the Boeing Dreamliner. Hawaiian's defection to the Boeing camp is particularly painful for Airbus because it was the last airline with orders for the smaller variant of the A330neo, the A330-800neo.

According to Hawaiian Airlines CEO Peter Ingram, the A330neo's lack of sale was one of the reasons why the carrier opted to go with the Boeing.

"Unfortunately, the A330-800 has not proved to be as popular in the marketplace," Ingram said in an interview with Business Insider earlier this year. "But for us, it doesn't make sense to remain committed to an airplane that had the risk of not being sufficiently accepted in the marketplace in the future."

This website can live streaming , you can join at my site :
agen judi online terpercaya
Prediksi Bola