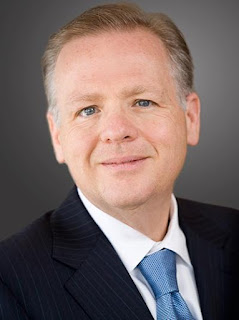 Keating, 56, has served as senior vice president of government operations since joining Boeing in May 2008. He leads the unit's office in Arlington, Virginia, heading up the company's public policy efforts, including all U.S. federal, state and local government liaison operations.

Boeing's government operations unit will play a key role as the jet maker comes closer to making a decision about whether to launch a new mid-sized airplane and where to build it.

Tax incentive packages offered by lawmakers and bureaucrats in Washington state and competitors for the new jet, dubbed the 797, will be among the top factors that influence the company's decision.

"This well-earned promotion recognizes Tim's many contributions to our company over the past decade and reflects the critical role he and his talented team play every day in the long-term success of our business," Muilenburg said in a news release. "Tim has worked tirelessly to develop and strengthen relationships at all levels of government and in our communities to help ensure our collective voices are heard on issues important to Boeing, our people and our customers."

Before joining Boeing, Keating was senior vice president of global government relations at Honeywell International. He was also chairman of the board and managing partner at Washington lobbying firm Timmons and Co.

Earlier in his career, Keating served the Clinton Administration as special assistant to the president and staff director for White House Legislative Affairs, Boeing said.

How you install or reinstall Office 365 or Office 2016 depends on whether your Office product is part of an Office for home or Office for business plan.
office-com setup
Office Setup, To get started with your Microsoft Office Installation you must need valid product key code & visit office com/setup
office com/setup
McAfee have the complete set of features which can protect your digital online and offline life of the computing devices,
mcafee.com/activate

After purchasing office.com/setup need to visit office activate online to install and we provide technical services help in office setup on your Computer. http://officecom-officecom.com

Protect your Pc/laptop and other devices with best Norton.com/setup Antivirus. Get security against spyware, malware and viruses. http://nrotonsetup.com