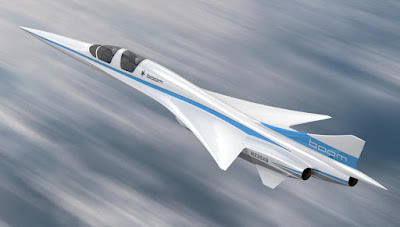 “I have long been passionate about aerospace innovation and the development of high-speed commercial flights,” Branson said. “As an innovator in the space, Virgin Galactic’s decision to work with Boom was an easy one.”

The startup hopes to avoid the same fate as Concorde and CEO Blake Scholl, a pilot and former Amazon executive, believes new technology and lighter materials will make supersonic travel much more affordable.

“Sixty years after the dawn of the jet age, we’re still flying at 1960s speeds,” Scholl said. “Concorde’s designers didn’t have the technology for affordable supersonic travel, but now we do. Today, we’re proud to unveil our first aircraft as we look forward to our first flight late next year.”

You could be qualified for a complimentary $1,000 Amazon Gift Card.